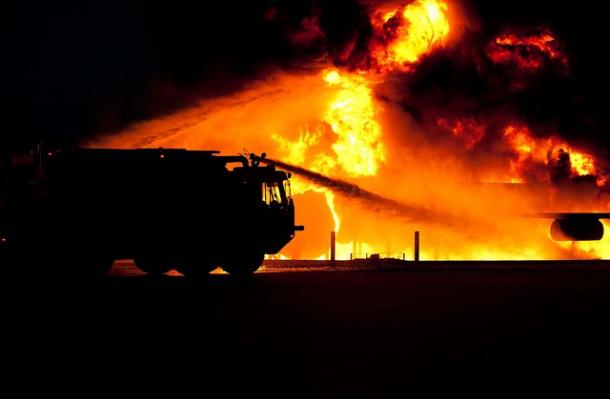 A 17-year-old Monrovia High School senior was arrested on suspicion of arson for allegedly setting the school on fire.

Two Molotov cocktails were hurled at the campus around midnight. Luckily, there was no one inside, but unfortunately the 2-story administration building now has damages estimated at upwards to $1 million, according to Monrovia Police Lt. Mike Lee.

The suspect fled the scene, but “he surrendered to officers on Fifth Avenue, two blocks away,” Lee said.

About 60 firefighters from fire departments in Monrovia, Arcadia, Pasadena, South Pasadena, San Marino and Alhambra responded to the scene. According to Chris Fabrizio, division chief for the Monrovia Fire Department, the fire started in one room and was extinguished in an hour

Administrative offices, including the principal’s office, counseling office and attendance were relocated to the library, according to Principal Kirk McGinnis. The cafeteria, which is located in the basement of the building, was also shut down.