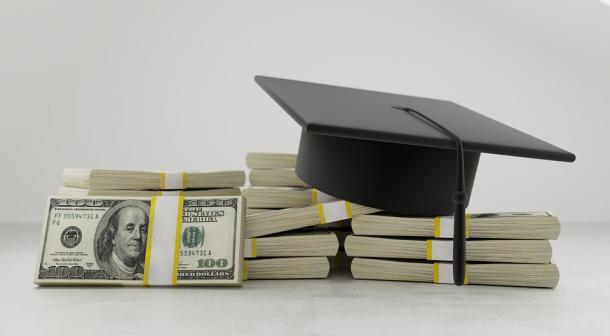 In February, teachers with the Oakland Unified School District staged what turned out to be the longest teachers strike in California since 1996. They returned to classrooms on March 4 after reaching a deal for an 11% raise, more support staff, and school board support for a cap on charter schools — but not before highlighting some systemic problems with education funding in the state.

The Nation’s Bryce Covert recently delved into some of those problems.

The crisis in education funding in California has been decades in the making. In most places, property taxes are the primary sources of funding for K-12 schools. In California, Proposition 13, passed in 1978, capped property-tax rates at 1 percent while also capping the annual increase in assessed property tax values at 2 percent a year, unless the property changes hands. That caused a massive decrease in education funding. “From one day to the next [property-tax revenue] went down by more than 50 percent,” says Kaplan. “It was a crisis.” The state passed a law to fill the hole left in schools’ funding, and ever since, Kaplan explains, local school districts limited state budget, more money for education means either taking funding from other parts of the budget or raising more revenue to cover it. But Proposition 13 made getting the state to increase revenue nearly impossible: It imposed a requirement that the legislature muster a two-thirds vote to raise taxes.

Then in 1988, Proposition 98 set a minimum funding level for K-12 schools and state colleges. It was meant to ensure that schools got at least a guaranteed amount that was stable year to year. But it has functioned more like a ceiling than a floor. Lawmakers could spend above it, but they rarely ever do, given that the next year’s minimum will increase based on what they set. “Over time our legislature and sometimes our governors have come to treat Prop 98 as…the peak amount of funding that would go to pay for public schools,” says Troy Flint, senior communication director for the California School Boards Association (CSBA).

The one option school districts have is to lobby for parcel tax increases. But those require two-thirds support from voters and, as we’ve seen in Burbank and elsewhere, many voters aren’t willing to embrace them. Those that do, writes Covert, tend to be in wealthier areas to begin with.

Teachers unions are now taking the fight for more school funding straight to Sacramento. They’re not just seeking more dollars in the budget; they want a statewide cap on charter schools and changes to Proposition 13. That could come by way of a 2020 ballot initiative known as “split roll” that would require reassessment of commercial properties every three years, resulting in large increases in commercial property taxes.

“If we have to go up to Sacramento and take over the capitol building, we’re ready to do that,” OUSD elementary school teacher Alejandro Estrada told the Nation.

United Teachers Los Angeles has also thrown its support behind the measure.