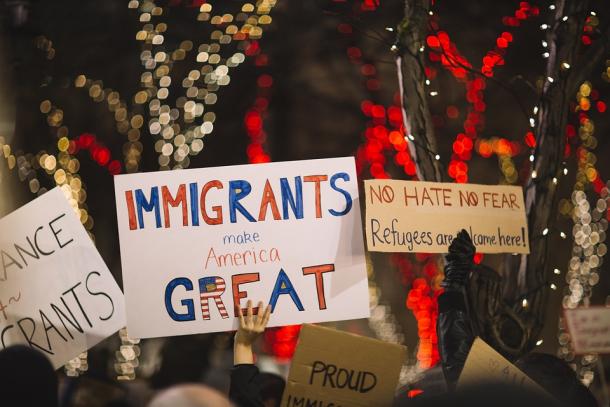 Protests, Reflection Ahead of the 25th Anniversary of Prop 187

Friday, Nov. 9 marks the 25th anniversary of the passage of Proposition 187, which aimed to ban undocumented immigrants from receiving public services, including education and health care, in California. The “Save Our State” initiative was one of the most controversial measures the state has ever seen, setting up a years-long legal battle and contributing to the long decline of Republican politics in the Golden State.

Protests are planned Friday to mark the anniversary of the measure, which was ultimately shot down by the courts and later abandoned by the state. Some of the rallies will take place at the very same schools where thousands of Latino students walked out of classrooms in 1994.

The demonstrations will take on a new meaning than in years past. Immigrant groups see remarkable parallels between the anti-immigrant sentiment that motivated some Prop. 187 supporters then and the Trump administration’s hardline position on immigration today.

“In many ways, Proposition 187 was the first shot in the battle over immigration that is front-and-center in national politics today,” Marlon Bishop and Gustsvo Arellano write at Latino USA.

The Los Angeles Times also takes a look back at Proposition 187 and the impact it had on California politics in a new podcast. Listen here.