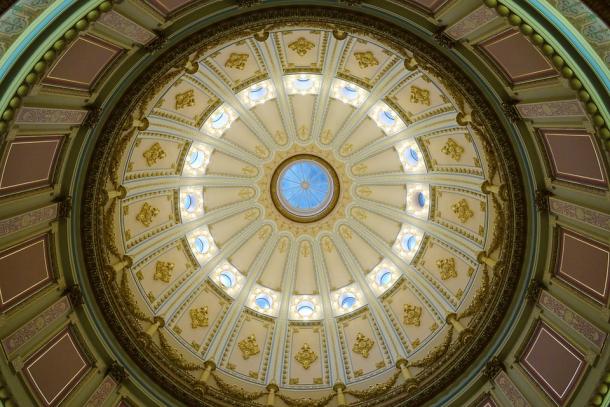 Newsom began a lengthy press conference by blasting what he calls a sort of “California Derangement Syndrome” that suggests the state’s best days are behind it. California has seen unprecedented growth, record surpluses, balanced budgets, and low unemployment. These are records the state can be proud of.

The 2020 budget proposal represents a 2.3% increase over last year and reflects $153 billion in general fund spending. The reserve account would hit $18 billion by 2021.

Here are some further highlights:

The proposal calls for the highest ever level of spending on K-12 education ($84 billion). Newsom insists the state is making progress on school funding, calling it stubborn but slow.

Closing the achievement gap remains a top priority. One way to do that is by better preparing teachers. The plan allocates $900 million to addressing California’s teacher shortage. That includes professional development and workforce investment grants as well as recruitment to cultivate a larger, more diverse and qualified workforce. Additionally, the budget would invest $175 million in educator mentorship.

“The special education issue in the state of California is a crisis” the governor added, noting that he does not use that word lightly. His plan would put $895 million into special education to increase training, diagnoses, early intervention, and early screening.

Newsom acknowledged that California’s Local Control Funding Formula needs more transparency and accountability. His budget would give $300 million to the lowest performing districts for opportunity grants. It would also increase investment in the school lunch program by 40% and allot another $5 million for universal preschool.

Higher education would see an injection of $786.8 million overall. That includes $200 million for CSU and $217.7 million for UC, a 5% increase for each. $370 million would go to community colleges and another $83.2 million would be spent on apprenticeships.

Governor Newsom called homelessness “the issue that defines our times.” And yet, during the follow-up question period, Newsom seemed to downplay his role in reducing the number of unsheltered homeless living on California streets.

“I’m not the mayor of California. I’m the governor of California,” he told a reporter. “And we need to advance partnerships with our cities and counties.”

Cities and counties will be getting help sooner rather than later. The first payments from last year’s $1 billion housing allocation will start going out this month. The governor made clear, however, that local governments standing in the way of affordable housing development will be held accountable.

Newsom’s budget calls for an additional $1.4 billion for homeless services.

The governor’s proposal calls for some big changes in the cannabis space.

Second, the governor wants to see changes to the tax system. These changes would “move the responsibility for the cultivation excise tax from the final distributor to the first, and for the retail excise tax from the distributor to the retailer.” The goal is simplification. As Marijuana Moment notes, “doing so would allow businesses to avoid a requirement to ‘estimate product mark-up and set wholesale tax rates’ and therefore simplify both the industry’s tax burden as well as the collection process.”

Newsom said the state is projecting $550 million in cannabis revenue. $332 million of that will go toward social programs and education. Newsom waved off assertions that California’s cannabis industry is in dire trouble. It takes time to perfect a relatively new legal industry he said, but the state is moving in the right direction.

Along with education, healthcare comprises the bulk of Newsom’s spending plan, with an $80.5 million expansion of the state’s Medi-Cal program. That expansion would benefit undocumented senior citizens for the first time.

On a related issue – wildfires – Newsom also sees a need to go bold. He wants 677 firefighters added to the state over the next five years. His budget calls for hundreds of millions more to improve fire engine and service response.

During the presser, Newsom announced a goal of closing a state prison between 2022-24. His budget also calls for overhauling the state’s probation system. You can read more about that here.

The 2020-2021 spending plan has plenty of other interesting tidbits, including important transportation funds and $50.1 million for cybersecurity. Read the full budget proposal here.