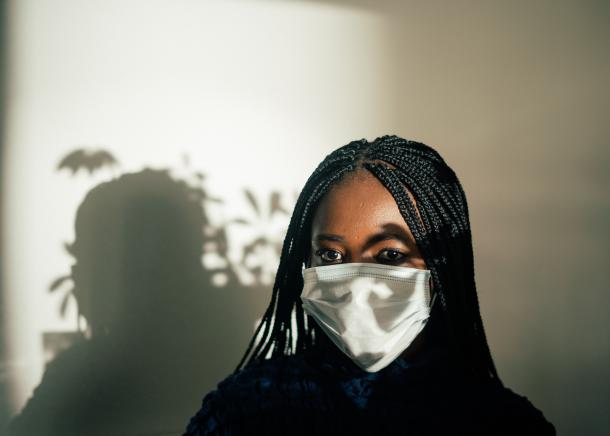 Americans are still trying to adjust to life with the Delta variant. Now, Los Angeles County public health officials have confirmed the presence of a new variant known as B.1.621 or “Mu.” And it appears it’s been here for some time.

“The identification of variants like Mu, and the spreading of variants across the globe, highlights the need for L.A. County residents to continue to take measures to protect themselves and others," said Public Health Director Dr. Barbara Ferrer in a statement. "This is what makes getting vaccinated and layering protections so important. These are actions that break the chain of transmission and limits COVID-19 proliferation that allows for the virus to mutate into something that could be more dangerous."

Where did Mu come from?

The mu variant — named after the twelfth letter of the Greek alphabet — was first discovered in Columbia in January 2021. It has since been detected in at least 39 countries and 47 US states.

Is it more contagious or deadly?

The World Health Organization and the US government have called Mu “a variant of interest” because it contains “a constellation of mutations” that could make it more resistant to vaccines, antibodies from prior infection, and even monoclonal antibody treatments. However, county health officials caution that further study is needed to determine whether Mu is actually more contagious, more resistant or more deadly.

How prevalent is it?

Delta remains the dominant strain in the US and experts believe it will for some time. NIH Director Anthony Fauci has said Mu is not an “immediate” threat.

“At this time, C.1.2 does not appear to be [high] in circulation, but we need more sequencing to be conducted & shared globally,” WHO epidemiologist Maria Van Kerkhove said on Twitter. “Delta appears dominant from available sequences.”