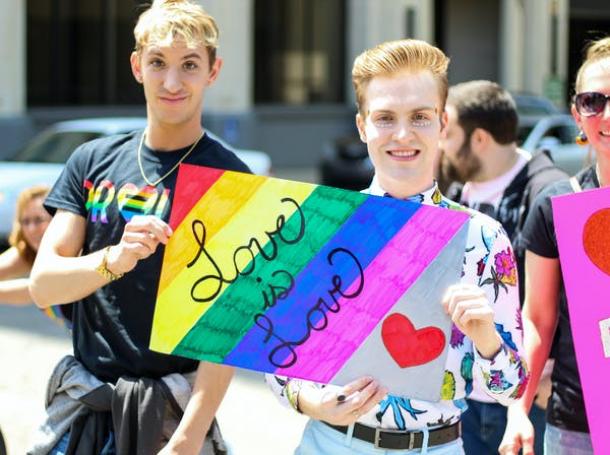 The Paso Robles Unified School District tabled a proposal Tuesday that would have removed specific discrimination and bullying protections for LGBTQ students.

The proposal would have removed a section from the district’s 2020 anti-discrimination policy which refers to “issues unique to intersex, nonbinary, transgender and gender non-conforming students.”

“We are working with counsel to make sure our policies and regulations accurately reflect state mandates to protect all students including those in all protected classes, including LGBTQ,” district Superintendent Curt Dubost previously told The Tribune. “They (LGBTQ) all still come under anti-discrimination for all, just not listed separately.”

More than twenty attendees addressed the school board during public comments. Opinions were divided. After hearing from the public, trustees voted unanimously to table the policy for discussion at a future study session, according to the Paso Robles Press.

“…I don’t think we made anybody happy here tonight. We have had complaints on both sides; it doesn’t go far enough; it goes too far, or too much has been cut,” said Board Trustee Chris Bausch. “I would welcome the opportunity to bring this back and have another try at it.”

The vote took place nearly one year after students at Paso Robles High School tried to flush a teacher’s LGBTQ Pride flag down a toilet. The school district and its superintendent Curt Dubost received criticism for their handling of the incident, and a task force was created to help support LGBTQ students in the district.