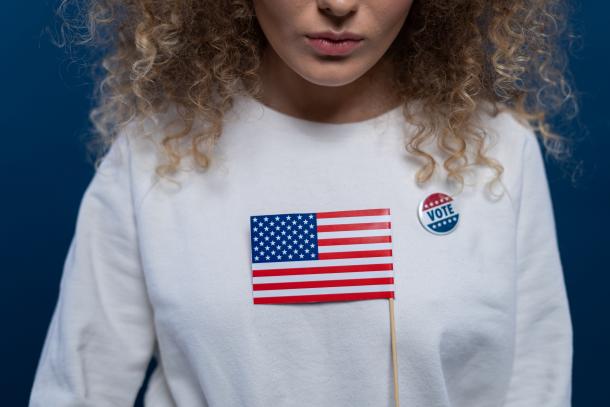 Youth Voting Measures Keep Getting Passed — But Not Implemented

This November, voters in Culver City will decide whether 16- and 17-year-olds should be able to vote in local elections. There is palpable excitement over the youth voting measure. But 370 miles north, frustration is growing over a county’s failure to implement similar measures passed by voters.

In 2020, Oakland’s Measure QQ passed with nearly 68% of the vote. It lowered the voting age to 16 for Oakland Unified School District Board of Education elections. Berkeley passed a similar measure in 2016. However, neither Measure QQ or Berkeley’s Y1 have been implemented by the Alameda County Registrar of Voters.

“It’s so disappointing. As much as we tried to hold adults accountable, it didn’t happen. Even when they promised it would,” Measure QQ organizer Melissa Rodriguez told KQED. “And it’s not even our fault. No matter how much work we put into something, it doesn’t change anything. It makes me really mad.”

The Registrar’s Office points to numerous complexities involved with issuing ballots in multiple languages to a specific group for a particular election (school board) and ensuring the vote is accessible to those with disabilities.

“The goal is to integrate the voting rolls, so students who vote in school board races and those who’ve preregistered, which became legal in California in 2017, can seamlessly join the regular rolls once they turn 18,” KQED reports.

“In a perfect world, this would be easy to implement. But we want to make sure we do it right,” said Alameda Deputy Registrar Cynthia Cornejo. “I completely understand how frustrated people are. We all hoped this would be done sooner. … We’ve done a lot of work on this already, and it’s going well. We’re very close.”

The delay has added to a sense of disillusionment often expressed by young people. Officials in Los Angeles County, where Culver City is located, would be wise to heed the lessons from Alameda if Culver City’s youth voting measure passes this fall.