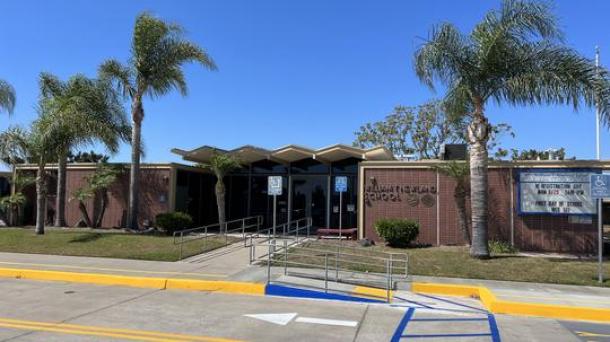 A man who jumped to his death at Disneyland’s Mickey and Friends parking structure on Saturday has been identified as Chris Christensen, 51, an elementary school principal with the Fountain Valley School District.

Christensen left no questions about the motive for his suicide. In a final post on Facebook, the head of  William T Newland Elementary School said he was about to lose his job and have his life destroyed because of a domestic dispute with his wife last month. The row culminated in battery and child endangerment charges being filed against him.

“Unfortunately, two weeks ago she and I got into a heated argument at home in front of the girls. Tempers were flared and strong words were exchanged between us,” Christensen wrote.

“However, never in this exchange did I hit, slap, or hurt Marlena in any manner. Nor did I ever touch the girls (I never have and never will). I love the girls like my own and they know that, as does everyone else who truly knows me.”

He said he wanted to be remembered as a kind and sincere person.

“I have truly loved educating and leading thousands of students and families as a principal in FVSD for the past 21+ years,” he said.

It’s not clear if the witnesses who saw him jump included young children.

Christiansen was due to appear in court on the child endangerment charges Monday.

"Mr. Christensen has been a respected leader in FVSD for over 20 years," Fountain Valley Superintendent Katherine Stopp said in an email. "His contributions to this community are immeasurable. He was a father, husband, brother, and friend to so many. His passing leaves us devastated and heartbroken."

In a statement, FVUSD said mental health experts would be present on all campuses to support students, staff and families.